Learn about your instructors and guest speakers. 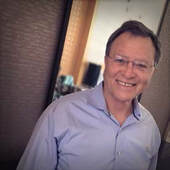 Prior to his appointment in Palo Alto, Frank served as City Manager in Brea and Colton, California. He has a doctorate in management from Brigham Young University; a Masters in Public Administration from California State University, Long Beach; and a Bachelor of Arts degree from Yale University.  Frank is a Credentialed ICMA Manager and serves as the Senior Advisor to ICMA on Next Generation Initiatives.  Frank also chairs the ICMA Coaching Program.

Frank is Past President of the California City Managers Department and past Vice President of the International City/County Management Association. Frank teaches at Stanford University and has been inducted into the National Academy of Public Administration.  Frank has also been recognized by ICMA with its Distinguished Career Service Award. 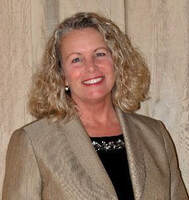 PAMELA MILLER has over four decades of experience working in public, private, and nonprofit sectors in California, North Carolina and Michigan. Having worked a number of years for others in the fields of executive management and training and development, Pamela started her own consulting group in 2014. Practiced in facilitating adult education, she successfully incorporates her leadership experience into her human and organizational development work. In addition to her training and consulting practice, Pamela has served as the Executive Director for the California Association of Local Agency Formation Commissions (CALAFCO) since 2012.

Prior to starting Miller Management & Consulting Group in 2014, Pamela served as the Executive Director for Continuing Education for Public Officials, Inc. (CEPO, Inc.), a nonprofit organization that provided leader development and training to current and emerging leaders in the public sector in California.

Before returning to her native California in 2012, Pamela lived in Benton Harbor, Michigan, where she worked as Vice President for The Consortium for Community Development, a nonprofit 501(c)3 organization. Her work there included systems and individual capacity building as well as community development. Additionally, she spearheaded several critical community initiatives in the K-12 arena including the establishment of a local College Access Network and Center, the implementation of the Benton Harbor Promise, a local program that pays for college tuition and fees for all graduating seniors, and she was instrumental in the formation of the Promise Foundation. She also assisted in delivering personal growth workshops including Blueprints, Your Life by Design© to residents of the area, having trained over 500 residents between 2007 and 2012.

Pamela’s public sector experience includes serving as Administrative Manager for the County Executive Office and Clerk of the Board of Supervisors for Napa County, as Deputy City Clerk for the City of Vallejo and as a consulting analyst to the Contra Costa County Flood Control District’s clean water program. In addition to her public sector experience, she has 25 years of private sector management and customer care experience including project management and strategic planning. 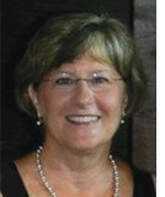 For over 25 years, WANDZIA ROSE has assisted individuals as well government, education, and nonprofit agencies in enhancing as their performance in delivering high-quality services. Prior to going into private practice, Wandzia held key positions in medium and large public sector and educational institutions in which she served as division manager, department head, assistant city manager, and interim city manager.  Wandzia led, managed and transformed complex organizations and implemented, among others, staff and organization-wide development training programs for approximately 575 employees, resulting in widespread organizational transformation and community benefit. She is a founding member of the Leadership San Leandro program and served as a tenured trainer for Continuing Education for Public Officials (CEPO), a leadership development program and its associated Train-the-Trainer program from 1991- 2014. During her career, she served as a member on a number of League of California Cities Policy Committees as well as on the Government Technology Conference (GTC) Advisory Board.

Wandzia now owns a successful management consulting and coaching practice. She co-created the Performance Leadership program, a comprehensive leadership development program designed to assist leaders at all levels to understand the complex dynamics that impact organizational performance. She is an Integrative Coach Professional certified by The Ford Institute for Transformational Training and is also a certified trainer in Success Signals, a communication skills training program. Wandzia currently serves as a senior trainer for the City Clerk’s Association of California (CCAC) Master Municipal Clerk and Clerk of the Board Academy offered through Miller Management and Consulting Group, and is a certified training facilitator for the CCAC’s Athenian Leadership Dialogue program. Her current clients include DunkinWorks, Regional Government Services (RGS), and the City of Fairfield. Wandzia earned a B.A. degree from the University of San Francisco.

KEVIN DUGGAN served in local government for over 40 years including 27 years as a city manager in the San Francisco Bay Area.  He began his career as an administrative intern for the City of Mountain View while earning a BA in Political Science from San Jose State.  He then served as an intern for the City of Campbell while obtaining his MPA, also from San Jose State.  He worked for Campbell for 18 years, the last 6 as city manager.  He then returned to Mountain View in 1990 as city manager where he served until April of 2011.

He has served as President of both the City Manager’s Department of the League of California Cities and Cal-ICMA.   Other professional activities have included serving on the State Board of Fire Services, participating in an international city management exchange with Limerick County, Ireland and serving on ICMA’s Task Force on Organizational Structure and Governance. In 2013 he was awarded the National Public Service Award by American Society for Public Administration and National Academy of Public Administration. In 2019 he received ICMA’s Distinguished Service Award.

He currently serves as an ICMA/LCC volunteer Senior Advisor in the San Francisco Bay Area.

ED EVERETT passion is to help cities understand and implement “community building/civic engagement” and share his research and practice in this field.  In addition, he is using his 34 successful years in local government to be an Executive Coach to assist professionals to move up in the profession.

Ed, who recently retired, had been the city manager of Redwood City since 1992. In 2007 Ed was awarded ICMA’s “Award for Career Excellence”.  During his career, he served as city manager of Belmont, assistant county manager for Washoe County, Nevada, and program analyst/fire chief for the City of Palo Alto.

After obtaining a degree in economics from U.C. Davis and a graduate degree in urban affairs from Princeton University, Ed gained valuable experience as a VISTA volunteer.  While overseeing what some call the renaissance of Redwood City, he has focused a great deal of research, study and practice on ‘community building/civic engagement’.  He understands the power of Community Building/Civic Engagement and lead Redwood City in achieving it core purpose: “Build a Great Community Together”.

Ed also serves as an executive coach to assist managers in developing their talents and skills to be successful in their organization.  He has done significant coaching of younger people within local government through the “Next Generation” program.

MARIA HURTADO has worked in local government for 20 years, and began her professional career in the non-profit sector.  In November, 2016, Ms. Hurtado was appointed as the Assistant City Manager for the City of Hayward, CA, where she oversees the departments of Public Works, Maintenance Services, Utilities, Finance, and Library and Community Services, and is the staff liaison to 3 Council Subcommittees, and supports the City Manager’s Office with special projects.  Prior to this recent appointment, Ms. Hurtado was the Chief Operating Officer (COO) for the City of Oxnard in southern California, and was responsible for IT, Finance, Human Resources, Cultural and Community Services, and the Public Information Office (PIO), including implementation of 121 recommendations resulting from an organizational assessment.

Ms. Hurtado came from the non-profit sector prior to moving into local government and worked as the Executive Director of an alcohol and Counseling agency, which included a women’s residential treatment facility, drug and alcohol counseling center, and an anti-gang afterschool youth program.
​
Ms. Hurtado is a Vice President on the ICMA Board of Directors, representing the West Coast Region and is the ICMA Liaison to the Local Government Hispanic Network (LGHN) Board of Directors and a member of Municipal Management Association of Northern California (MMANC).  In 2016, Ms. Hurtado served as the ICMA 102nd Conference Planning Committee Co-Chair held in Kansas City.  Ms. Hurtado received the MMANC West McClure Outstanding Assistant Award in 2012 and most recently, received the League of California Cities 2018 Assistant City Manager of the year award.

Ms. Hurtado received her Master’s in Social Work from San Jose State University and a Bachelor of Arts degree in Sociology from the University of California in Santa Cruz.
Additional Guest Speakers​
Carol Atwood
​Maria Hurtado
Proudly powered by Weebly